Due to the increasing traffic, the development of local&regional airports more and more VHF COM frequencies were/are needed to fulfill the safe Air Traffic Control and operational requirements. Within the 760 Channels provided by the 25 kHz spacing it was not more possible to re-use the frequencies close enough geographically without interference (eg. the radio horizon between two airliners at 38,000ft is about 900km, of course GA aircraft fly lower but it still a few hundred kilometers are needed until a frequency can be re-used again.) And since the old 25kHz radios had a different frequency stability and output filter requirements it will not be possible to use the old radios any longer because they would interfere with the neighboring frequencies except for the 121.5 emergency frequency and 123.1 where a protection band is established. 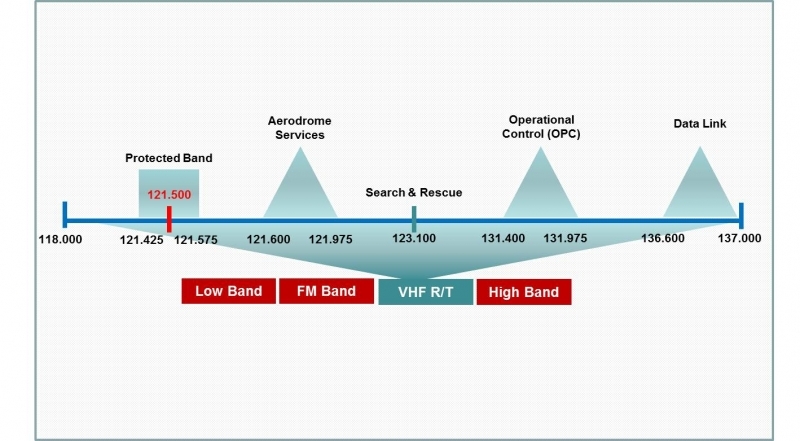 From 17. Nov 2013:
– New radios cannot be sold unless they are 8.33 capable
– No new aircraft may receive an initial Certificate of Airworthines without 8.33 radios

What can I install?

You can install new or used ETSO Authorised (European Technical Standard Order)  8.33 radios into certified aircraft that is supplied together with an EASA FROM ONE or FAA 8130-3 forms. There are some radios that are only certified in Europe for land use (i.e. Airport Ground support vehicles) so even though the price advantage is tempting it is not certified for airborne use (e.g. ICOM IC-A210E)

You can install/upgrade for example the following radios:

How can I install?

If you are the owner of a certified aircraft (EASA TCDS) (most GA aircraft, gliders, TMGs) besides the equipment being ETSO’d, you need approved data for the installation too. This approved data can come in the following three forms depending on the complexity of the installation and on the size (MTOW, Speed, configuration) of the aircraft: EASA Standard Change: (non complex motor-powered airplanes and rotorcrafts with max cruising speed of 250kts and any ELA2 aircraft) this engineering approved data can be made by Part 145 organisations. EASA Minor Change Approval: this as its name shows an EASA or DOA organisation approved engineering document of the planned change, some manufactures provide this either free of charge or against a small fee for users to several aircraft types or groups. EASA STC (Supplemental Type Certificate) is needed in the case of major changes, changes are classified as major when installation for example of Garmin GTN6xx/7xx or Avidyne IFD440/540 Navigators are planned. Most of the new units come with an STC approved for a list of aircraft that authorize their official dealers to carry out the installation. (Garmin GNS430/530 while the very tempting with the price does not come with a factory STC, so purchasing a separate STC can well be almost as much as the cost of the used GNS430 was).

The installation can be carried out by an approved organisation (EASA Part 145 maintenance organisation) and it is better to choose one who is an approved dealer of the manufacturer since they are the ones trained to do the installation, configuration and testing of the units and also have the permission to use the factory STCs.

Being an owner of a non-certified aircraft basically you could to the installation yourself, although we would advice to get some engineering help from an approved dealer, give the the cable lengths and let them do the wiring harnesses since a lot of special tools will be needed to fabricate the connectors.

Who needs to install?

Basically as the regulation says “all aircraft radios OPERATED in the EU must be 8.33 capable” so even it is an ultralight, glider, LSA, N-registered aircraft, etc. it will need to have 8.33 kHz capable radios on board latest 1. Jan 2018 (see dates above) so everybody will need to install/upgrade.

Will the be a grace period?

No, this is regulation is binding for in its entirety and applicable in all Member States that was signed by Mr. José Manuel BARROSO and was published in the Official Journal of the EU back in 2012.

Do I need a new radio licence?

Yes you will need to obtain a new radio licence after the modification/upgrade of the radios on board of the aircraft. You need to turn to your relevant authority for this. Normally old (25kHz) radios will loose their radio licence after 31. Dec 2017 automatically (varies by country).